SURe workshop at The Broker day: private vs. public actors in development 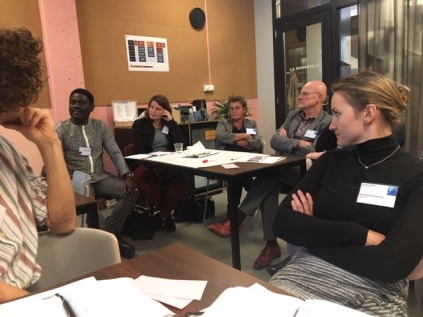 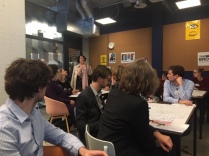 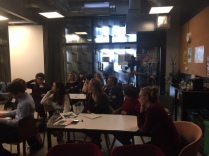 On 6 November 2019, The Broker – the Unusual Suspect’s knowledge brokering partner – hosted the Broker Day. Joined by policymakers, academics, and representatives from the private sector and civil society, The Broker sought to shed new light on the Dutch role in and impact on international development. During this day, Sarah Cummings, in collaboration with Arthur Rempel of The Broker, led a workshop on perceptions of public and private actors in development. The primary purpose of this workshop was to gather insight on the perceived relationship between the public and private sectors and the role that they play in promoting inclusive and sustainable development agendas and initiatives.

The workshop was centred around a number of open-ended questions. The thirty-six participants, from a variety of backgrounds, engaged with questions such as:

In the end, the discussions that ensued produced two key messages: First, there was a consensus that the private sector holds immense power and resources that can generate invaluable knowledge for development actors as well as directly serve the SDG agenda. Engagement between public and private actors has, however, historically been challenging due to discrepancies in agendas and objectives – and this is likely to remain the case in the short-term. This led to the second message, in which participants agreed that in order to bridge the divide and overcome these discrepancies, it is crucial to:

One key issue that was scrutinized during the discussions is the loaded preconceptions of the private sector. Often times they are assumed to be self-centered, bring hidden agendas, and expect tangible results from their investments in initiatives. Such ideas form a significant obstacle for successfully forming public-private partnerships to facilitate knowledge brokering on development. Participants deduced that the very existence of these preconceived notions not only deters public-private engagement, but when partnerships do occur, they tend to be inefficient and fail to reap the full benefits of engaging both sets of actors. Thus, eradicating this stigmatization may set the stage for more synergistically beneficial partnerships, particularly from the perspective of the SDGs.

Participants also pointed out that a hesitation to collaborate is not limited to the public sector. Private actors are at times reluctant to engage in public-private partnerships as well, suspecting public actors of being corrupt, inefficient, conservative, traditional, unadaptive, and unreliable due to high and frequent turnover. These preconceptions similarly deter public-private partnerships from materialising altogether. To overcome such barriers, it is imperative that the public sector works to become more transparent and accountable. Improving transparency and accountability however, are equally important for the private sector if we are to make headway in establishing fruitful partnerships for development. This becomes particularly clear when looking at the complex involvement of the private sector in achieving the SDG agenda. For instance, a private-led initiative to support the tobacco industry in Ghana can stimulate economic growth and thereby address SDG 8 in spite of obvious repercussions to other elements of the SDG framework. Without sufficient transparency, it is very difficult to evaluate to what extent private sector involvement is actually beneficial -or harmful- for the SDGs agenda. Participants concluded that if the private sector is serious about committing their resources to inclusive development, it should not only be held accountable, but should hold itself accountable for its actions and impact.

In order to maximize the unprecedented benefits of incorporating private sector actors in knowledge brokering for development, public and private actors should be placed on equal playing fields. That is, we should focus on the unique contributions that each can make in addressing the SDGs, and move beyond our focus on discrepancies and preconceptions. For more information on the Broker Day, including the main highlights, a video and the full report, visit: https://www.thebrokeronline.eu/highlights-of-broker-day-2019/